In the distant future, the crew of the commercial spaceship Nostromo are on their way home when they pick up a distress call from a distant moon. The crew are under obligation to investigate and the spaceship descends on the moon afterwards. After a rough landing, three crew members leave the spaceship to explore the area on the moon. At the same time as they discover a hive colony of some unknown creature, the ship's computer deciphers the message to be a warning, not a distress call. When one of the eggs is disturbed, the crew realizes that they are not alone on the spaceship and they must deal with the consequences.

«Alien» is a 1979 science-fiction horror film directed by Ridley Scott and written by Dan O'Bannon. Based on a story by O'Bannon and Ronald Shusett, it follows the crew of the commercial space tug Nostromo who encounter the eponymous Alien, a deadly and aggressive extraterrestrial set loose on the ship. The film stars Tom Skerritt, Sigourney Weaver, Veronica Cartwright, Harry Dean Stanton, John Hurt, Ian Holm, and Yaphet Kotto. It was produced by Gordon Carroll, David Giler and Walter Hill through their company Brandywine Productions, and was distributed by 20th Century Fox. Giler and Hill revised and made additions to the script; Shusett was executive producer. The Alien and its accompanying artifacts were designed by the Swiss artist H. R. Giger, while concept artists Ron Cobb and Chris Foss designed the more human settings. 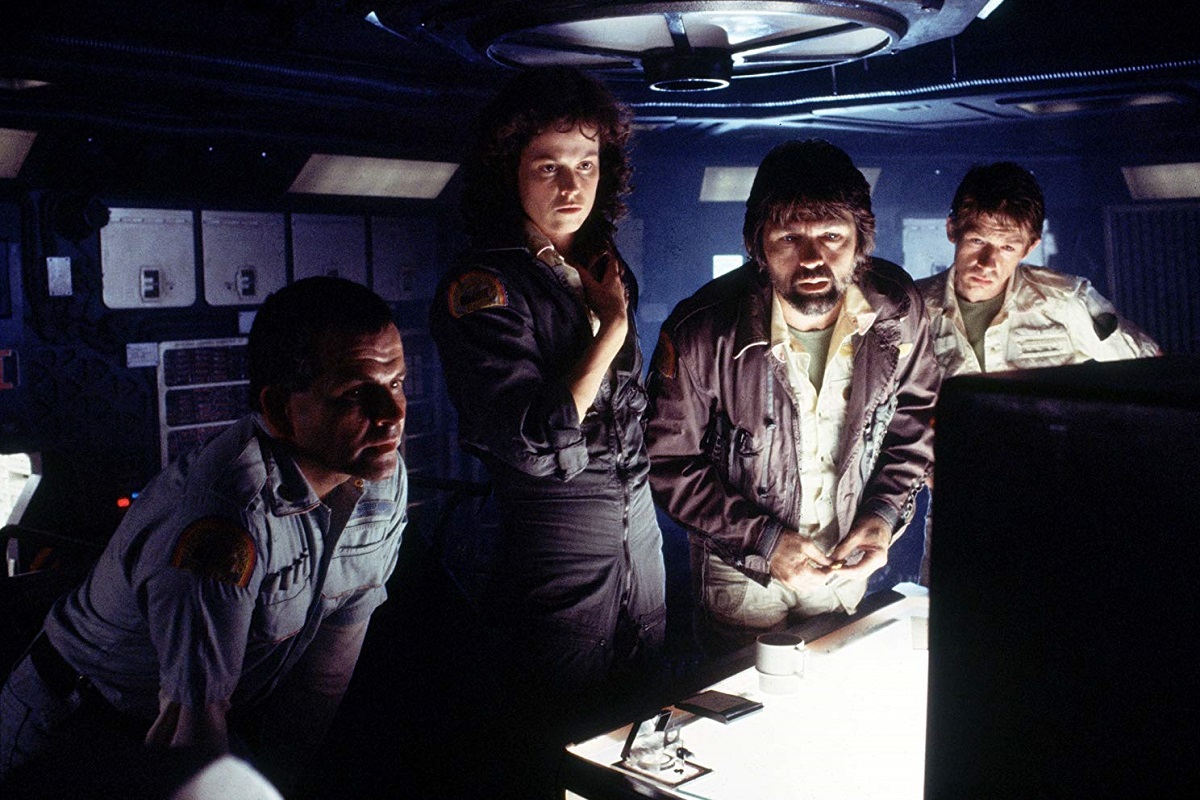 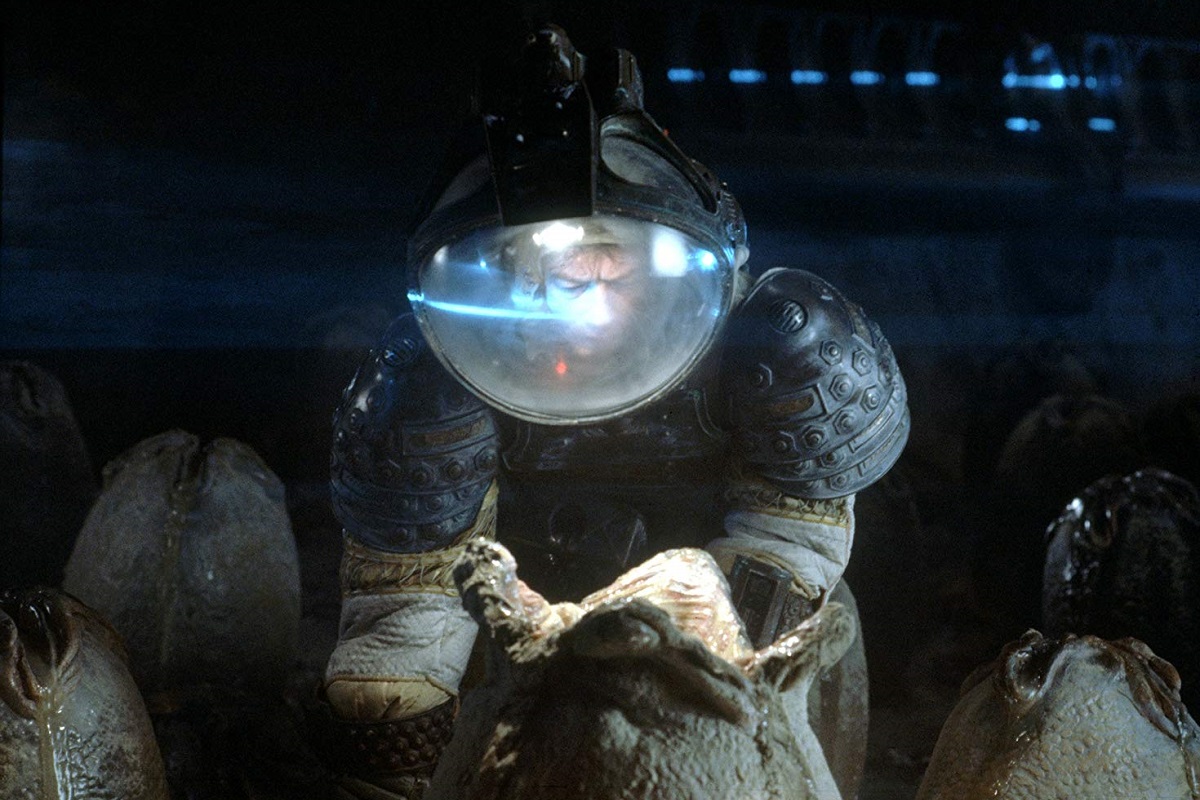 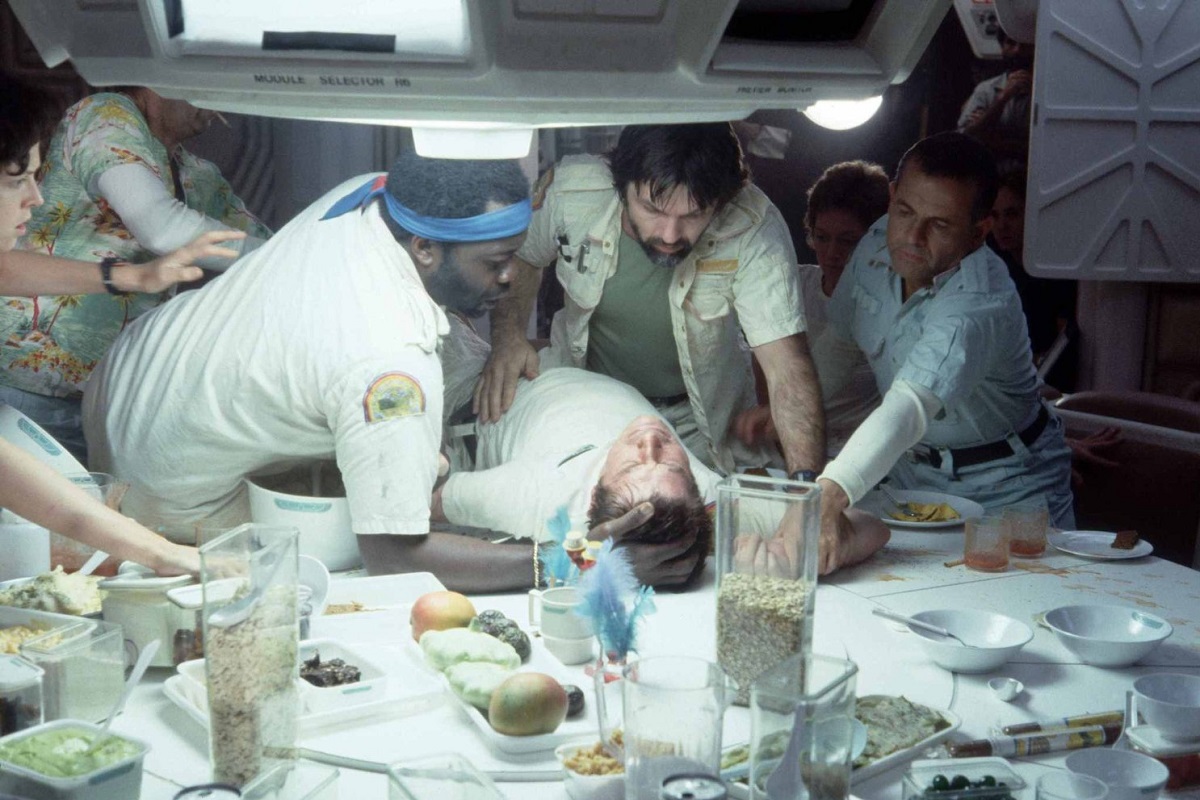 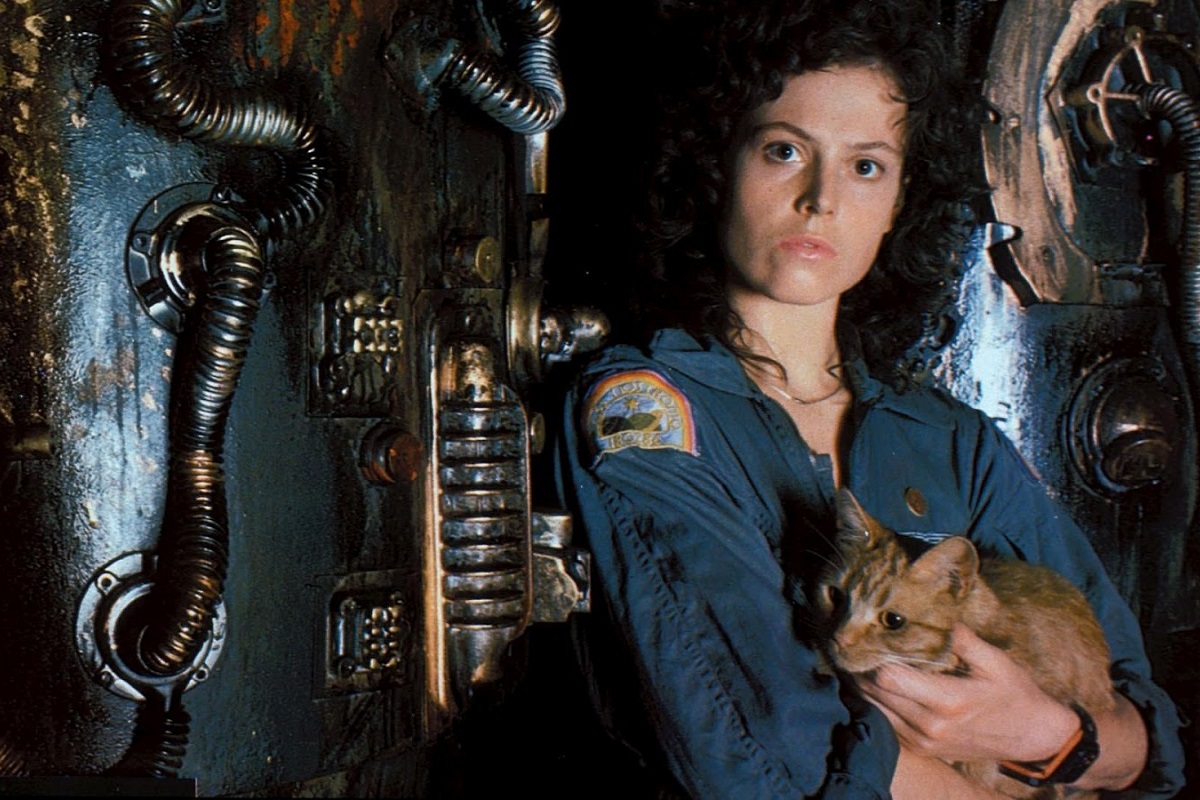 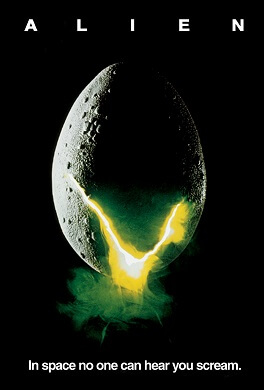